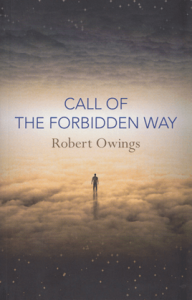 Call of the Forbidden Way

Call of the Forbidden Way is an enthralling adventure taking the reader through one man’s shamanic initiation … and much more.

After being asked by a committee of Lakota elders to film an inter-tribal medicine circle, Carson Reynolds returns home where he has problems with ‘something possessing his dreams’. Rather than the routine documentary shoot he was expecting this is the beginnings of a journey that takes him from initial training with medicine man Wounded Paw, to working with a ‘mixed tradition’ shaman, Rhiannon and later, Voodoo shaman, Blind Mama. And on top of that he has to figure out how to work with a wrathful Tibetan deity who may easily destroy him, while managing to avoid getting killed in physical ‘accidents’ caused by alien ‘Visitors’ who want to take over the planet.

Call of the Forbidden Way contains adventure, conspiracy and personal spiritual transformation in a tale with a diverse range of characters, cultures and traditions all working together in the contemporary world to save our Great Mother earth. An entrancing read I would highly recommend.

Call of the Forbidden Way was reviewed by June Kent, Editor of Indie Shaman Magazine