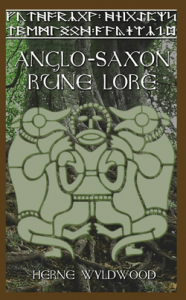 Beginning with an introduction to Anglo-Saxons and the Futhorc, the Anglo-Saxon expanded version of the ancient Norse runes, Anglo-Saxon Rune Lore provides an excellent brief guide to Anglo-Saxon rune lore and interpretation.

Throughout this book the author quotes the Anglo-Saxon Rune Poem as translated by Bruce Dickens in his 1915 work Runic; a complete version of the poem being included at the end of the book in Anglo-Saxon followed by its translation into modern English. There is also a very useful glossary of terms and bibliography for further study.

If you are interested in discovering these runes for yourself Anglo-Saxon Rune Lore provides an excellent basis, presenting the background to these ancient English runes together with wonderfully clear guidance on their interpretation and use.